"What's your favorite kind of bird"? It's a question every birder and bird photographer gets from time to time. Nevertheless, I struggle to answer this question, because, well, I don't really have a favorite. Or maybe they're all my favorites. But when it comes to families of birds, it's an easy question. Warblers! These tiny little gems of birds, each more colorful than the last, always make me smile. Over the last 10 years I've been trying to photograph every species of warbler typically found in North America, and I recently added another one to my collection: Tropical Parula. Though Tropical Parulas are widely distributed throughout the neotropics, only a small number make it north of the border, where they are highly local in a few small areas in southern Texas. Last spring, I made a trip to some remote areas in the Texas Hill Country where I'd heard the Tropical Parula could be found. I only found one pair of the birds, but, much to my delight, I was able to get reasonably good photos of both the male and the female. In many respects, the Tropical Parula is quite similar to the closely related (and much more common) Northern Parula; indeed, the two species reportedly hybridize in Texas. However, as far as I can tell, the birds I photographed have the appearance of pure Tropical Parulas. I'm glad to finally have some Tropical Parula photos. Now I just need to get some photos of Colima Warbler (which I haven't tried for yet, since I've never been to their breeding area in Big Bend) and Rufous-capped Warbler (which I've tried for twice in Arizona, without success). 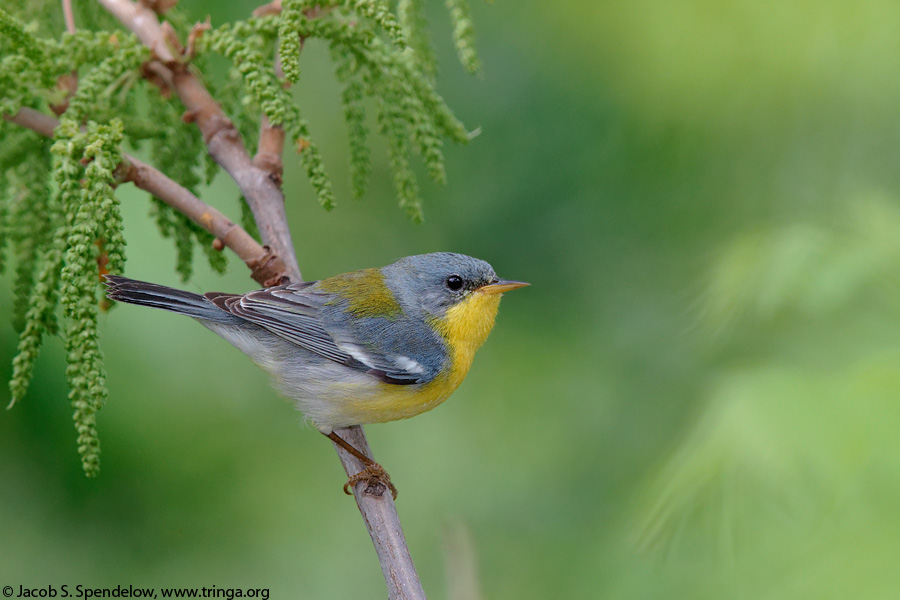 A female Tropical Parula. This species, along with the closely related Northern Parula, is often found breeding in riparian habitats.

While Tropical Parula was my main target on this trip, I also enjoyed getting to photograph a few other specialties of the area, including the endangered Black-capped Vireo. Though they are globally rare, they can be locally common in good habitat in the hill country. I hadn't been planning on doing much night photography on this trip, but after waking up one night to the song of an Elf Owl, I ended up devoting most of one night to photographing these diminutive owls.

A Black-capped Vireo singing on territory on a lovely April morning in the Texas Hill Country. 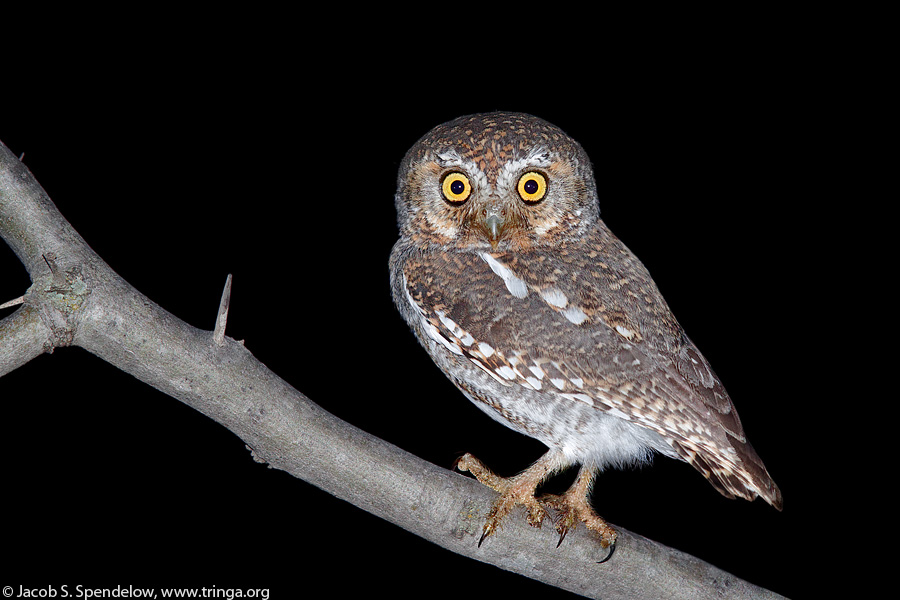 An Elf Owl perches on a dead mesquite branch.

All photographs on this site are copyrighted, and may not be used for any purpose without written authorization.