The gallery posted today contains new photos from the last three years in New Mexico. This period coincides with the start of the COVID-19 pandemic in early 2020. With onsite work at my lab suspended, I started going out for morning photo sessions in the juniper forests near my house in late March, photographing some of my favorite local birds such as Pinyon Jay, Gray Vireo, and the spectacular Scott's Oriole. I added small trips into the nearby Sangre de Cristo and Jemez mountain ranges as the spring progressed, focusing mainly on my favorite group of songbirds, the wood warblers. I also spent some time exploring the valley of the Pecos River, where I was able to add a new species to my catalog - the majestic Common Black Hawk. 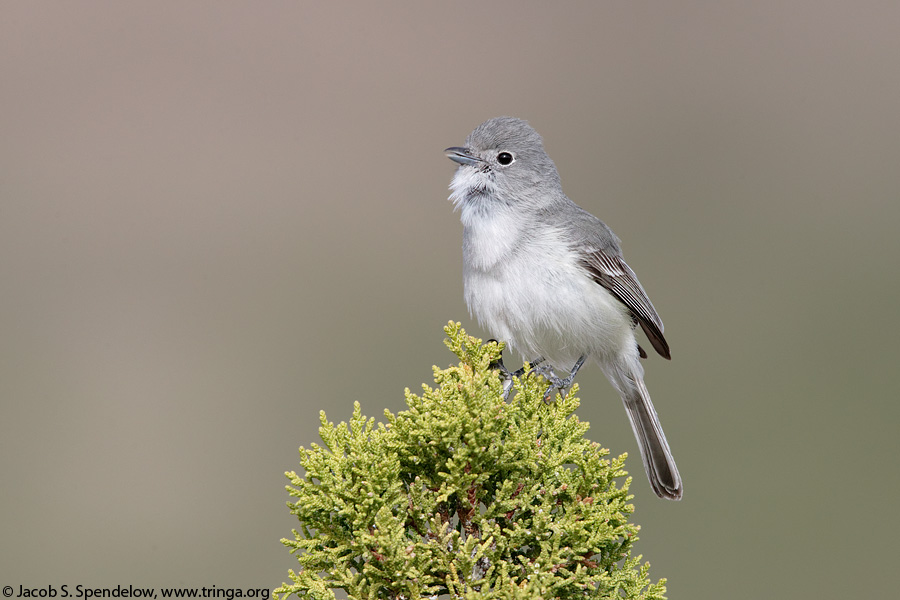 A Gray Vireo sings atop a juniper in early spring. 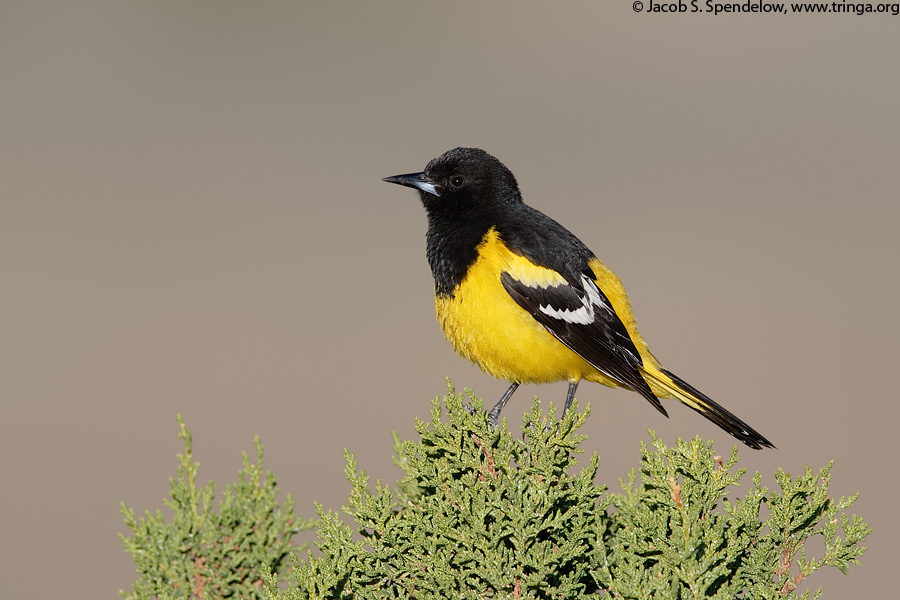 A male Scott's Oriole on a spring morning in the juniper grasslands outside of Santa Fe.

As good as the spring of 2020 was for my camera, spring 2021 ended up being even better, as I enjoyed frequent morning photo sessions before work, along with a few weekend trips farther afield. One particularly memorabel morning included a thrillingly close encounter with a Northern Pygmy-Owl in the Sangre de Cristo Mountains. This tiny diurmal owl is a regular but rare inhabitant of the mountain ranges of New Mexico, but I've only encountered them a handful of times. I also enjoyed some great nocturnal owling sessions, which produced photos of a Western Screech-Owl and a Great Horned Owl. I ventured a bit farther from home in 2021, adding a few trips to Mora and De Baca counties, at the westernmost edge of the Great Plains. Photographing some gorgeous Red-headed Woodpeckers in a prairie woodlot was one of the highlights of my spring, though finally getting some photos of a pair of Mississippi Kites - long one of my most-wanted species - was even better. 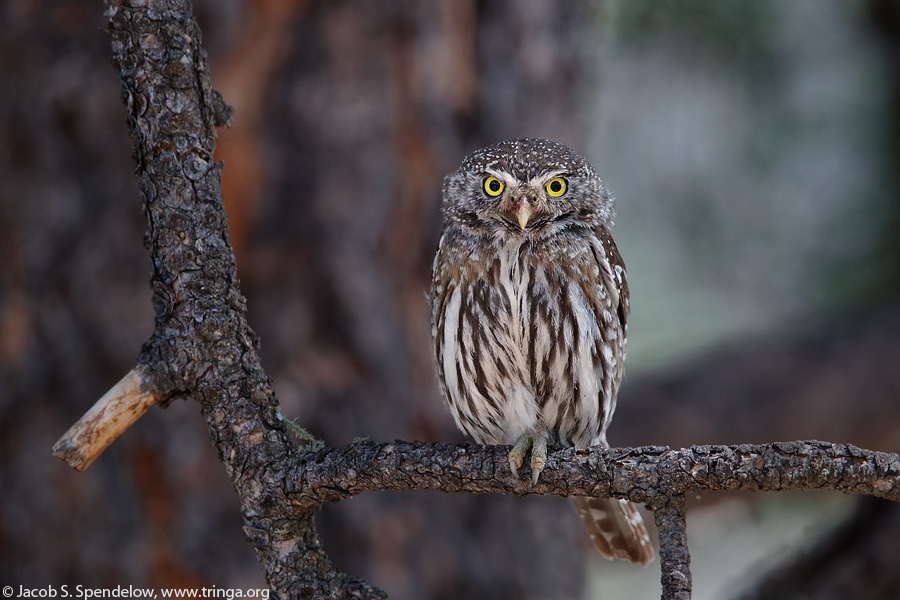 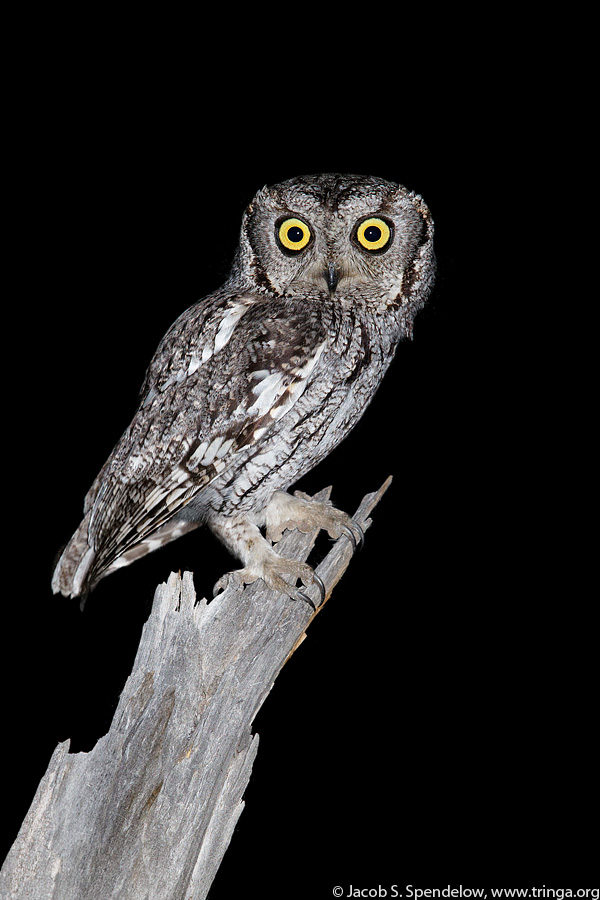 A Western Screech-Owl in a cottonwood bosque along the Rio Grande. 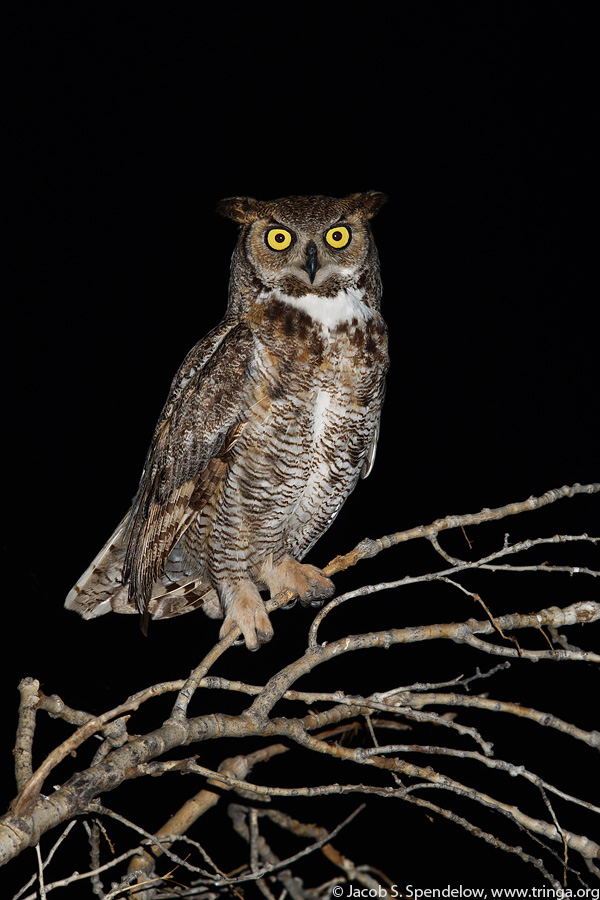 A Great Horned Owl in a woodlot at the edge of the Great Plains. 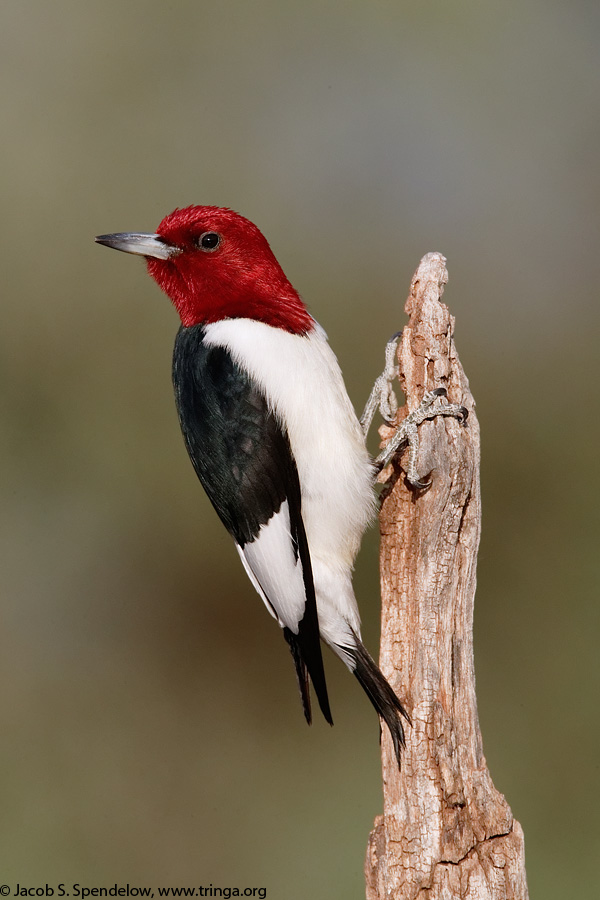 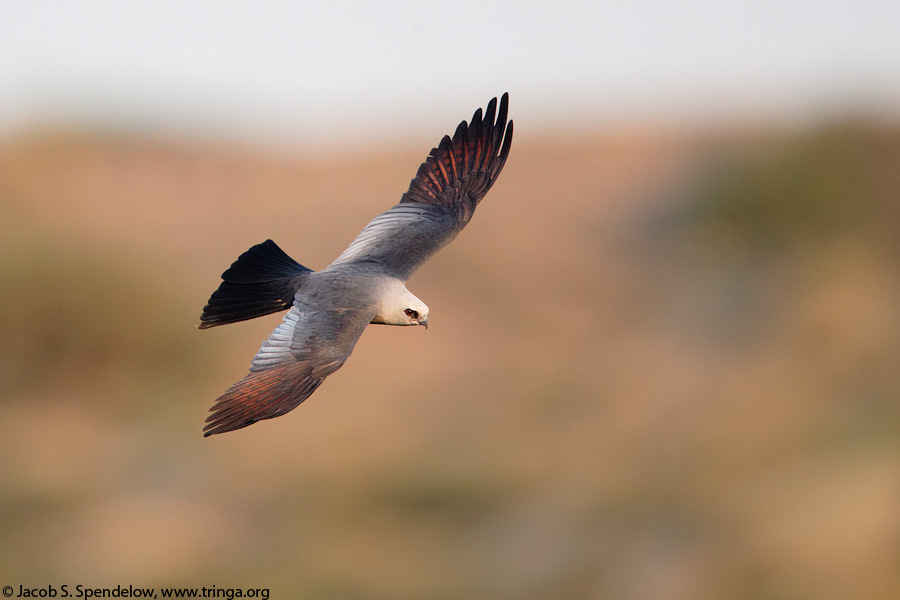 A Mississippi Kite soars over the Pecos River at sunrise.

I'm always trying to add new bird species to my photo catalog, and I especially enjoy trying to photograph all the members of a bird family. I finally completed the swallows of North America recently, getting a few photos of Bank Swallows coming and going from a breeding colony just outside Albuquerque. Trying to photograph these tiny birds while they zip past is pretty challenging, but after spending a few evenings working on it I ended up with some acceptable photos. I hope to do better next spring. Nearby, I was also able to get some photos of Bendire's Thrashers in a cholla forest, and Gambel's Quails in a desert arroyo. 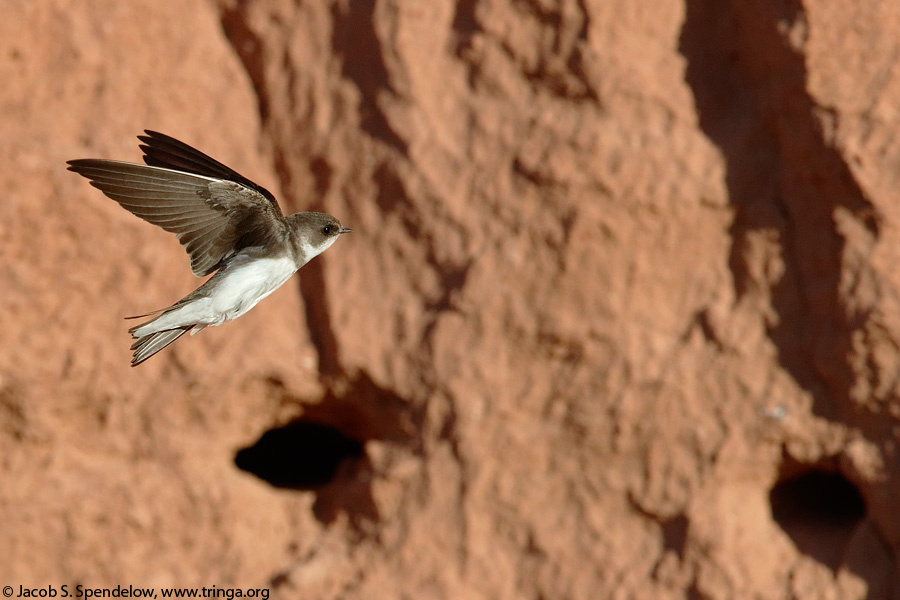 Bank Swallows breed in colonies in sandy ravines and arroyos, where they are able to burrow into the soft earth to create nesting holes. Two such holes are visible in the background of this photo. 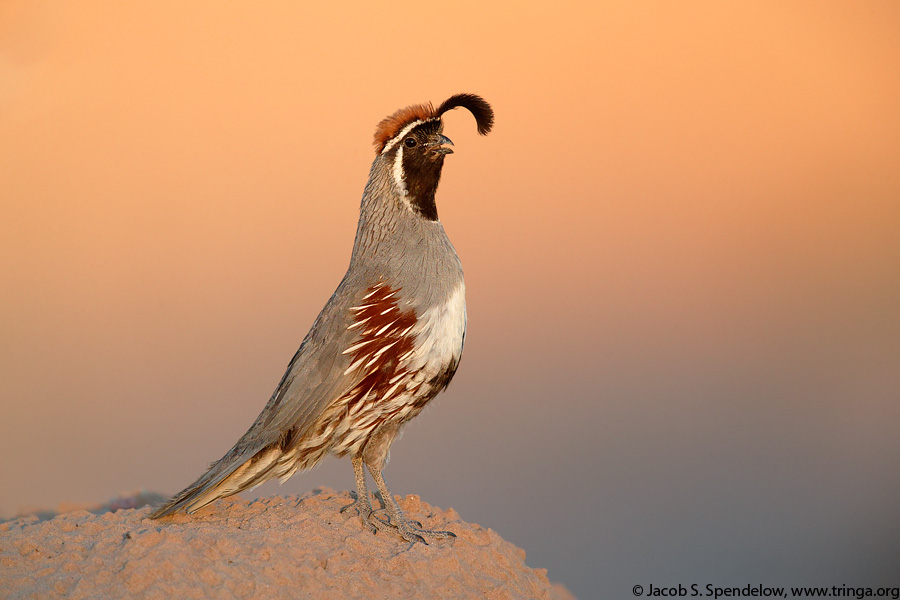 A Gambel's Quail sings at sunset in the desert outside Albuquerque.

Along with my local photography, I've recently done a couple small trips to Washington and Panama. Photos from those trips will be coming soon.

All photographs on this site are copyrighted, and may not be used for any purpose without written authorization.